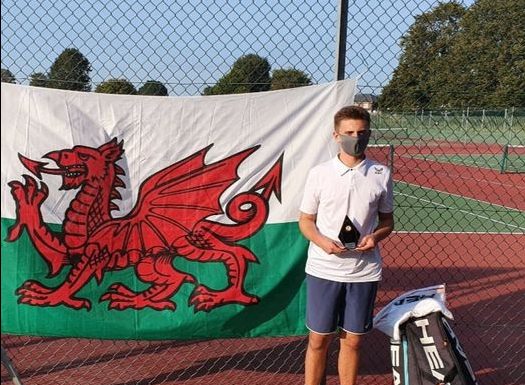 Congratulations go to Kobe Jones on winning the 2020 North Wales Boys U14 singles title, held recently at Wrexham Tennis Centre.Kobe has been a member of Oswestry Team Tennis since he was six years old and was a key member of our team that gained promotion to Group 6N in the Shropshire Adult Doubles league competition held in 2019. Kobe played really well in this indoor Junior County competition, and won the title without dropping a set, a fine achievement.Kobe though had to do it the hard way beating the Number One and Two seeds on the way to win the title. In the quarter finals he beat Marco Frulloni 5-3, 4-0. In the semi final he beat Christian Hawkey the Number One seed 4-1, 4-2.In the final he came up against Number two seed William Harrington and again won convincingly 4-1, 4-2.Very well done Kobe!

based in Cae Glas Park in Oswestry